Land of the Rising Sun

“We must somehow maneuver them into firing the first shot.” President Roosevelt declared prior to the outbreak of World War II.

The “them” he referred to—none other than a vital part of the Axis seeking control of the Pacific–The Japanese.
Crippled by the isolationist American public and Congress, who refused to enter another war, the Commander in Chief of the armed forces straddled the fine line of support for the British, Canadians, Dutch, known as the ABCD, and his duty to his public.

The Japanese must fire the first shot!

Without a doubt, this aggressive action would anger our sleeping country and insight Congress to declare war. But how to accomplish this task without the U.S. firing first? END_OF_DOCUMENT_TOKEN_TO_BE_REPLACED 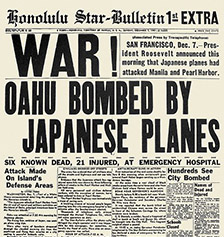 As the 353 Japanese aircraft rained death and destruction across the Island of Oahu, Takeo Yoshikawa, using his alias of vice-counsel Tadashi Morimura, was hurriedly burning his implicating files inside the Japanese Consulate on Nuuanu Avenue. The 13,400-square-foot grounds of the Japanese consulate, in a well-to-do neighborhood, displayed a gold imperial chrysanthemum crest outside the two-story main building where the smoke billowed from the chimney, as the pile of incriminating evidence was destroyed.

When the FBI arrived at the Japanese consulate around 9:30 to place Takeo and his accomplices, untrained spies, Counsul-General Nagao Kita, Kokichi Seki the acting treasurer, and other staff members under house arrest, they were too late. Early that morning Takeo had been listening to his short-wave radio and heard the secret code words “East-Wind-Rain” which carried the heavy weight of Japan announcing their planned attack against America. The FBI unearthed nothing that linked Takeo to his crimes. END_OF_DOCUMENT_TOKEN_TO_BE_REPLACED

The U.S. Marines fought for five weeks to establish control over Iwo Jima. From February 19, 1945 to March 26th, the brave men assigned to Operation Detachment struggled across the rough volcanic ground to destroy the radar stations and capture three airfields from the Japanese Imperial Army. They had expected the battle to last one week, but what they found there was different from any other island they had attacked.

Iwo Jima, a mountainous island situated directly off Japan, 2 miles wide by 4 miles long, was seen as the last stronghold before the Allies reached the mainland. The Japanese realized they could not win the battle on this island, but they could inflict great losses on their enemy and, hopefully, deter an invasion on Japan’s homeland. Beginning in March of 1944, under the command of Lieutenant General Tadamichi Kuribayashi, over 20,500 Japanese soldiers arrived on Iwo. They began excavating eleven miles of the Nanpo Bunker out of volcanic rock–creating underground tunnels supplied with ammunition, food, water, gasoline and, most importantly, the ability to quickly move troops to different locations. Tanks, pill boxes, land mines, mortars and kamikaze pilots all waited for the U.S. Marines to land. Yet, over 18,000 of the Land of the Rising Sun forces would perish either from battle or by seppuku, Japanese ritual suicide.

The Japanese were a fierce opponent, loyal to their Emperor Michinomiya Hirohito, and fed propaganda which portrayed American soldiers as animals who would deliver a slow horrific death on all who surrendered.

The U.S. threw everything they had into this battle, Navajo code talkers, Sherman tanks with flamethrowers, flying P-51 Mustangs for close air support, battleships and nearly 70 thousand U.S. Marines.
“We should not have attacked all those small islands,” Captain Richard (Dick) McNees told me once, shaking his head with the memory. “We should have gone straight into Japan. All those men lost.”
Dick and his brother were among the lucky ones to live through those weeks of hell. In fact, Dick was flying his bomber over the same beaches his brother was approaching with the Underwater Demolition Team.

For the U.S., the tally of those not so lucky over those 36 days resulted in more than 26,000 American causalities, of which 6,800 souls were lost.
Many sided with Dick’s interpretation, because the island was rendered useless for Army or Navy bases. However, the Seabee’s reconstructed the airfields as emergency landing for the Air Force B-29s.
In a perfect world, Japan would not have attacked the United States on December 7, 1941, drawing us into a horrific battle. They finally capitulated, having been ‘shocked’ into surrendering by the U.S. bombings of Hiroshima and Nagasaki, announcing their intent to surrender on August 15, 1945, ending World War II. However, during those four years and eight months, millions of lives were lost around the globe, making this truly a world at war.

When we hear about Chichi Jima, Iwo Jima, and the other islands where battles raged, we must continue to remember, and to thank, the courageous Americans who spilled their blood, and who remained dedicated against heavy odds, to provide us with freedom. Peace came at a great expense. 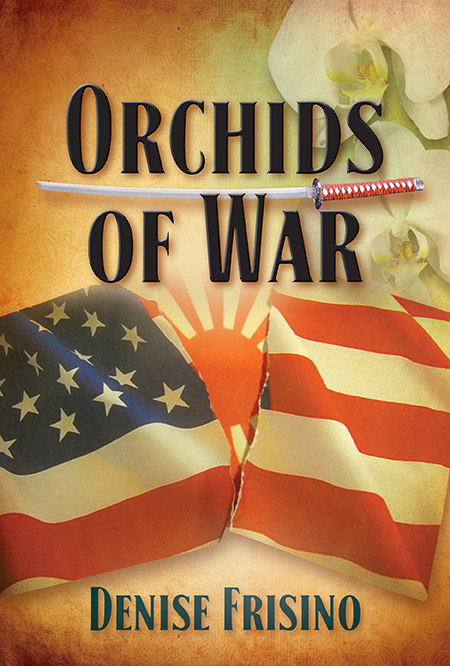 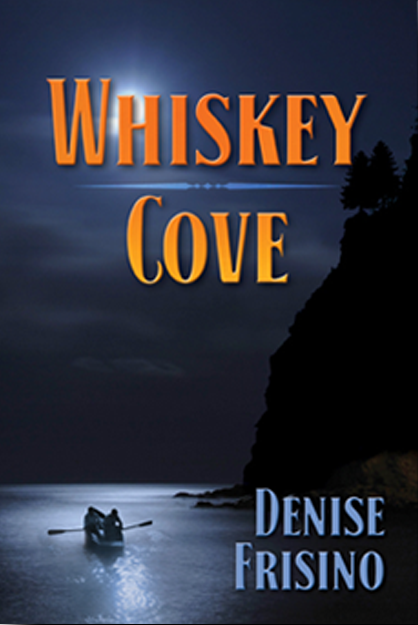